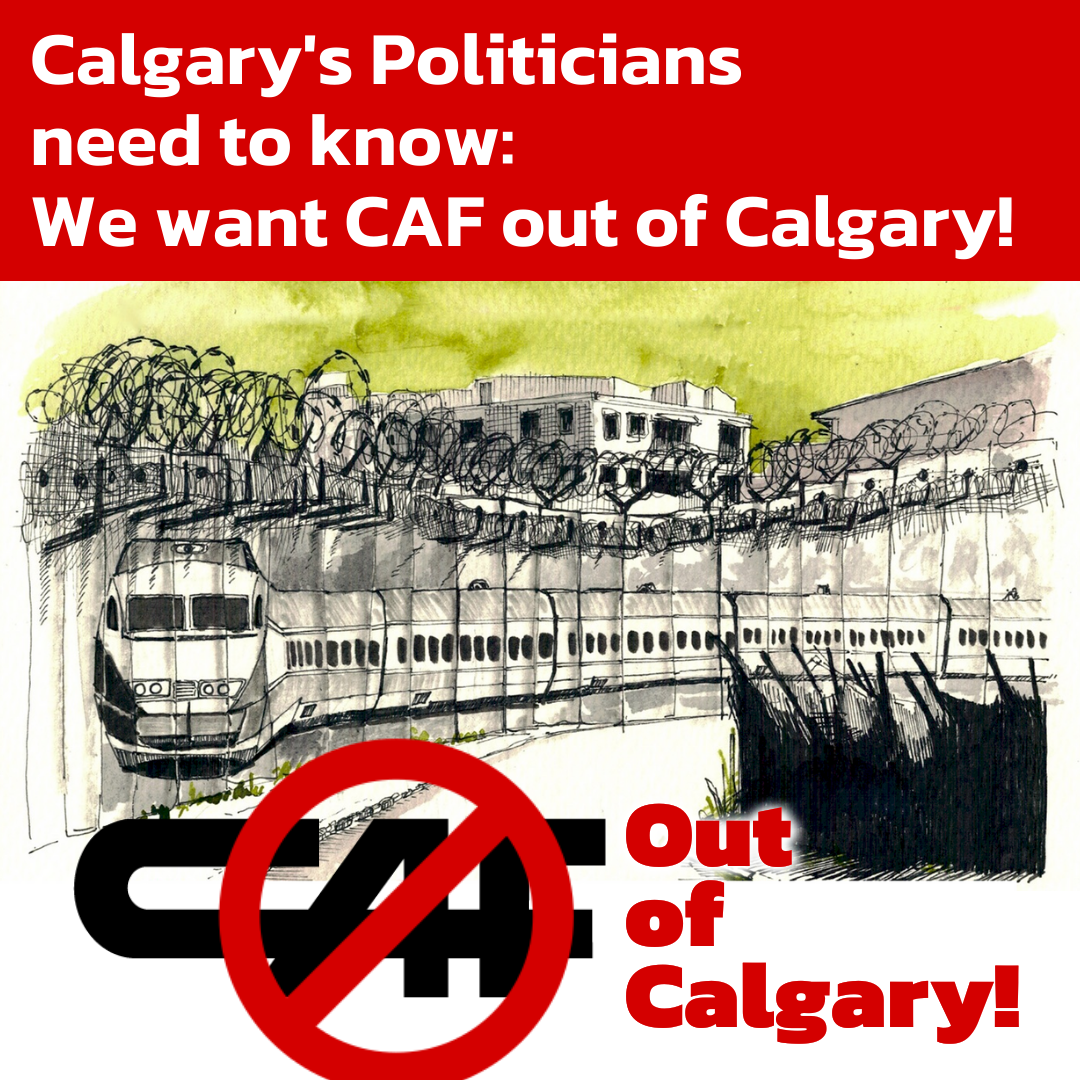 Last year, the City of Calgary signed a contract for Light Rail Vehicles for Calgary’s new Green Line with Construcciones y Auxiliar de Ferrocarriles (CAF) – a Spanish/Basque company. However, CAF is unethically involved in a $2.5 billion CDN contract to expand Jerusalem Light Rail (JLR) network – a system which further entrenches Israel's brutal apartheid treatment of Palestinians. The UN’s Guiding Principles on Business and Human Rights call on businesses to respect human rights, especially when operating in conflict-affected areas. As such, the City of Calgary must cancel its contract with CAF, as CAF’s JLR project violates the UN principles, and exacerbates Israeli laws, policies and practices designed to dominate and oppress the Palestinian people.

A Calgary-based coalition – "CAF out of Calgary" – has formed calling Calgary to cancel its contract with CAF. Please add your voice to the Coalition's, and use the form below to email Calgary's mayor, its city councillors, and the Green Line board.